The power of social media

In addition to making a photographic record of the works of Lawrence Lee, Stephen and I are slowly working our way through the archive he left. It consists of a great number of things – printed photographs, slides, sketches, correspondence, newspaper cuttings, etc. There are documents from his life and many items which are helping us to describe his career.

We were working through the large amount of archive material regarding the making and installation of the ten nave windows at Coventry Cathedral. Lawrence Lee led the team of three to produce these windows for Basil Spence’s new cathedral which took shape throughout the late 1950s and which was consecrated in 1962.

Six (just about!) of the ten nave windows at Coventry Cathedral.

But more of that another time. There are several posts still to come about Coventry.

While we were sorting through a large amount of correspondence, we came across some photographs of a church. It was clearly of a similar era but, like one or two other items, it had found its way into the ‘Coventry pile’ by mistake. 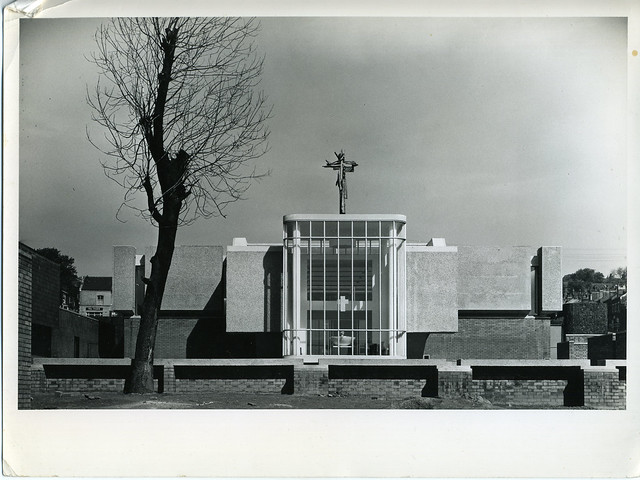 A modern church with a beautifully sculptured cross. But where could it be?

We set it aside for a while, as we continued to catalogue the letters and memos, but it kept calling me and I had to try to find out more.

I spent a large part of the afternoon trying all kinds of search terms in an attempt to find this church. We also found a photograph of the maquette, and on the back was the stamp of a photographic studio in Scarborough. We couldn’t, however, assume the church was in Yorkshire, but of course I did focus my searches in that area. 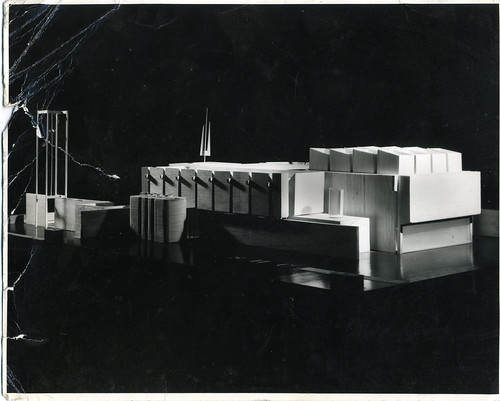 The maquette photoraph which led us to Yorkshire.

I decided that image searches weren’t going to get me any further so the next step was to appeal to the people of the internet. I posted a montage of the photographs on Facebook, on the Facebook page of The Twentieth Century Society, on Flickr and on Twitter. I got several suggestions for people to contact, which I followed up. Some of my friends shared my post.

The church was Sacred Heart Roman Catholic Church in Leeds. It is now Leeds Grand Mosque.

I was delighted to learn it was still standing. I’m not a huge fan of this kind of architecture but I do like some of it and it is an important part of our heritage. It speaks of a time when we (as a nation, and a continent) were rebuilding, with thoughts firmly fixed on the future.

We knew that Lawrence Lee had made a window for Sacred Heart and we had not been able to track the place down. We assumed demolition and the loss of the window. A little further digging around with the information given to me via various links to the church and the mosque, led me to the information that it was built in 1964 and that it became a mosque in 1993. The window went to Beirut.

Two mysteries have been solved, but we still need to track down the stained glass. The journey continues. 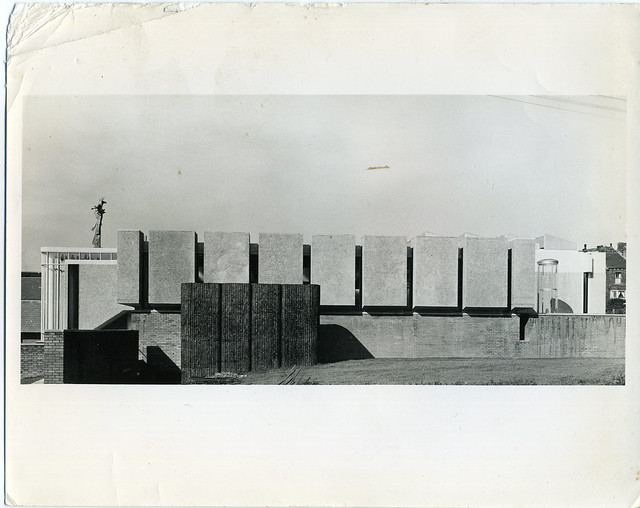